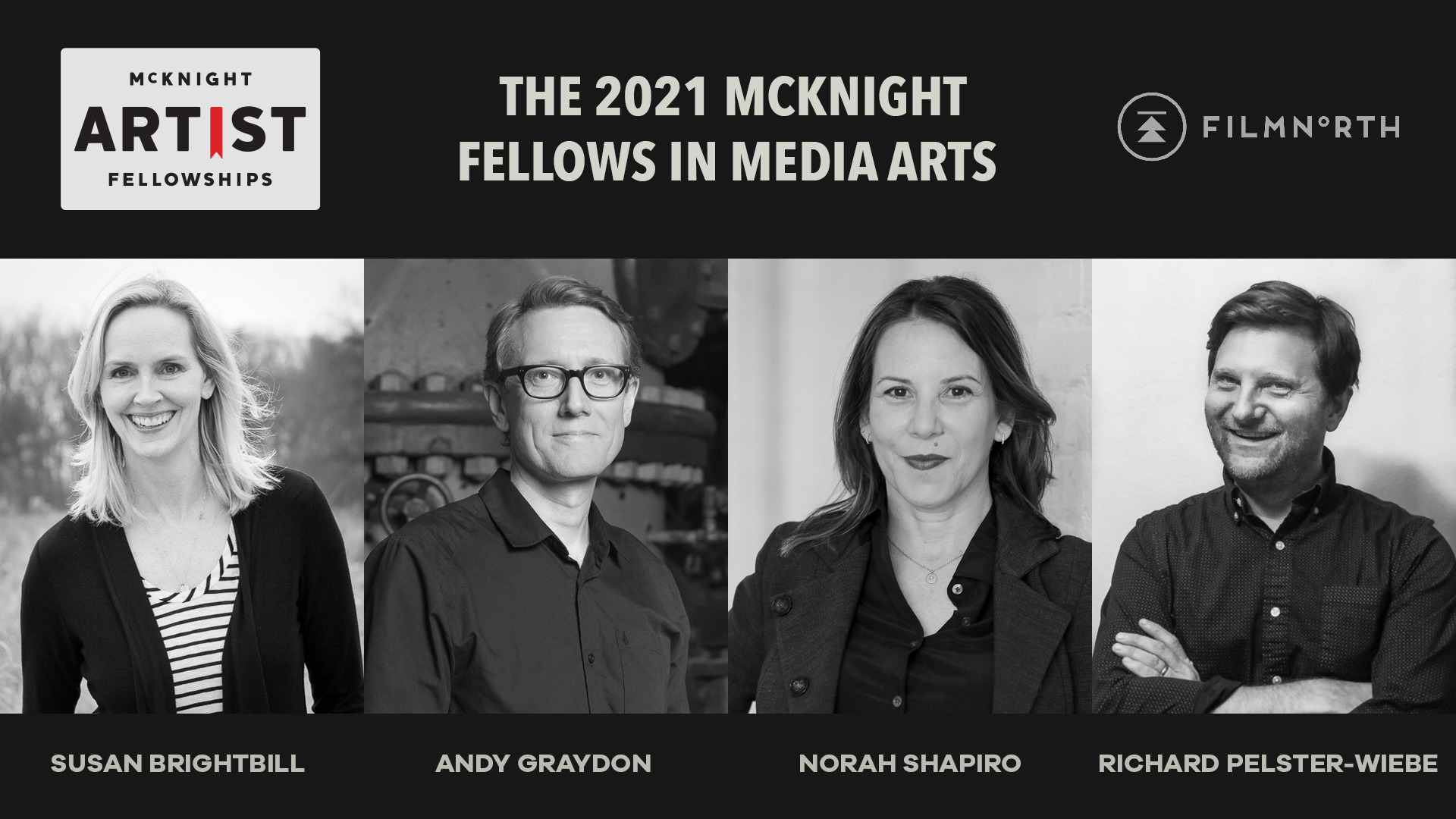 FilmNorth is pleased to announce the four Minnesota artists selected to receive the 2021 McKnight Fellowships for Media Artists. This year’s fellows are Susan Brightbill of Minnetonka, Andy Graydon of Minneapolis, Norah Shapiro of Minneapolis, and Richard Pelster-Wiebe of St. Paul.

Out of a field of 55 applicants, the four fellows were chosen by a national panel of media artists, writers and curators: Laurence Andries, a longtime television writer and producer (BLUE BLOODS, HOW TO GET AWAY WITH MURDER, SIX FEET UNDER); Zandashé Brown, independent filmmaker (BENEDICTION) and Artist Development Coordinator/Programming Manager for the New Orleans Film Society; Chloe Gbai, Manager of Original Documentary Films team at Netflix; and Peter Knegt, a writer (Indiewire), curator, and filmmaker (CANADA’S A DRAG, SUPERQUEEROES).

“Once again, the national panel that chose these four fellows was blown away by our Minnesota artists,” said Andrew Peterson, FilmNorth’s Executive Director. “This year’s fellows show the incredible variety of work being created in Minnesota: from traditional narrative and documentary films, to experimental, personal essays and multi-channel video installations.”

In addition to the cash award, the program supports its fellows by creating opportunities to meet with local and national art professionals, by providing assistance to attend the annual Film Independent Forum in Los Angeles, by offering a one- to two-week artist residency at one of 16 locations around the world, and by offering special class and workshop opportunities through FilmNorth.

Susan Brightbill is a WGA film and TV writer. She has sold scripts to Warner Brothers, Disney, Fox 2000, Paramount, CBS, Lifetime, Hallmark and Arnold Kopelson Prods. She wrote and produced the feature film SOLD OUT (dir. by Tim Dahlseid) that was filmed in Minnesota and is currently in post-production. Her work has been honored by Project Greenlight, ScreenCraft Film Fund, Minnesota Screenwriting Residency and her script WRECKING BALL was on the prestigious Black List.

Andy Graydon is an artist and filmmaker whose work is concerned with natural and social ecologies, and with sound and listening as creative practices. His work has been presented internationally including shows at the New Museum; Mass MoCA; Berlinische Galerie, Berlin; Frye Art Museum, Seattle; and the Honolulu Biennial. Graydon has received grants and fellowships from the National Endowment for the Arts; the Film Study Center, Harvard; MacDowell; the Princess Grace Foundation; and Rhizome. (Photo: Peter Gumaskas)

Norah Shapiro left a decade-long legal career as a public defender to work as a documentary filmmaker, and hasn’t looked back since. Her recent film, TIME FOR ILHAN, about the political rise of Congresswoman Ilhan Omar premiered at the 2018 Tribeca Film Festival and is currently streaming on Amazon Prime, iTunes and NBC’s Peacock platform. TIME FOR ILHAN won multiple audience awards, was nominated for a 2018 NAACP Image Award for Best TV Documentary, and received a 2018-2019 Daytime EMMY Award for Outstanding Directing Special Class. Norah has multiple new directing and producing projects in various stages of production.

Richard Pelster-Wiebe makes movies at the intersections of documentary, collage, sound art, and the essay. His award-winning work has screened widely at international venues including IFF Rotterdam, Media City, FID Marseille, Festival du nouveau cinéma, UnionDocs Center for Documentary Art, Ann Arbor Film Festival, and several others. He has received grants from the Jerome Foundation, the Princess Grace Foundation, and the Minnesota State Arts Board. Richard teaches at the Minnesota Prison Writing Program, Macalester College, and Hamline University. His teaching and moviemaking are influenced by interests in DIY methods of production, deep listening, history, memory, and the fragility of life.

There were four professionals who served as panelists, selecting four fellows from 55 total applications. Juror Andries reviewed the 19 screenwriting applications, and jurors Brown, Gbai, and Knegt reviewed the 36 applications from non-screenwriters. 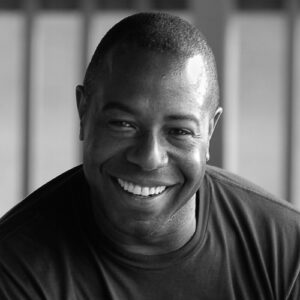 Laurence has written, produced, and directed over 15 US drama series—an eclectic mix of hour drama television, among them, SIX FEET UNDER, ALIAS, and HBO’s THE PACIFIC, the companion miniseries to BAND OF BROTHERS. Most recently Laurence has served as co-executive producer of Shonda Rhimes’ HOW TO GET AWAY WITH MURDER. Currently he is a writer and co-executive producer of the long running, CBS police/family drama, BLUE BLOODS, and an upcoming drama series for Apple TV+. Andries also serves as VP of Programming for the Writers Guild Foundation. 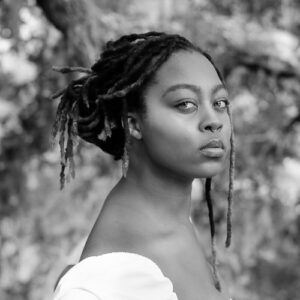 Zandashé Brown is a Louisiana-born-and-raised writer/director and the Artist Development Coordinator & Programming Manager for the New Orleans Film Society. A former fellow of NOFS’s Emerging Voices program, Zandashé now programs narrative works for the Academy Award-Qualifying New Orleans Film Festival,  as well as year-round events such as the annual South Summit, and the NOFF Filmmaker Summit. As a filmmaker, her work has been supported by Tribeca, Kickstarter, Create Louisiana, the New Orleans Video Access Center, and the New Orleans Tricentennial Grant Program. Her latest film, BENEDICTION, was one of five selected for the 2020 Tribeca Chanel Women’s Filmmaker Program. 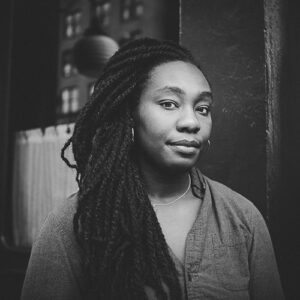 Chloe Gbai is an Emmy-nominated producer and a Manager on the Original Documentary Films team at Netflix. She joined Netflix from IF/Then Shorts at Field of Vision, a program that identifies and supports original, standalone short documentaries made by filmmakers working in and representing their communities. Previously, as the POV Shorts and Streaming Producer, she launched POV Shorts, which in its first season earned a documentary short Oscar nomination, two Emmy nominations and an IDA Awards nomination for Best Short Form Series. She is a proud member of Brown Girls Doc Mafia, a 2020 Impact Partners Producing Fellow and a member-in-residence of the Meerkat Media Collective. 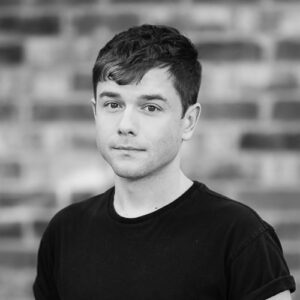 Peter Knegt is a writer, filmmaker and curator. He began his career as a film journalist, most notably at Indiewire, where he was on staff for a decade. In 2011, he wrote his first book, a historical account of the LGBTQ rights movement in Canada. He’s written and directed five short films and in 2016, began working as a writer and producer for the Canadian Broadcasting Corporation. His work there won him 2 Canadian Screen Awards for the series “Canada’s a Drag” and “Superqueeroes.”

ABOUT THE MCKNIGHT ARTIST FELLOWSHIPS

Founded on the belief that Minnesota thrives when its artists thrive, the McKnight Foundation’s arts program is one of the oldest and largest of its kind in the country. Support for individual working Minnesota artists has been a cornerstone of the program since it began in 1982. The McKnight Artist Fellowships Program provides annual, unrestricted cash awards to outstanding mid-career Minnesota artists in 14 different creative disciplines. Program partner organizations administer the fellowships and structure them to respond to the unique challenges of different disciplines. Currently the foundation contributes about $2.8 million per year to its statewide fellowships. For more information, visit mcknight.org/artistfellowships.

ABOUT THE MCKNIGHT FOUNDATION

The McKnight Foundation, a Minnesota-based family foundation, advances a more just, creative, and abundant future where people and planet thrive. Established in 1953, the McKnight Foundation is deeply committed to advancing climate solutions in the Midwest; building an equitable and inclusive Minnesota; and supporting the arts in Minnesota, neuroscience, and international crop research.

FilmNorth’s mission is to empower artists to tell their stories, launch and sustain successful careers, and advance The North as a leader in the national network of independent filmmakers. We achieve our mission by nurturing a vibrant, diverse community of film and media artists; providing education and resources at every stage of their careers; and celebrating their achievements.