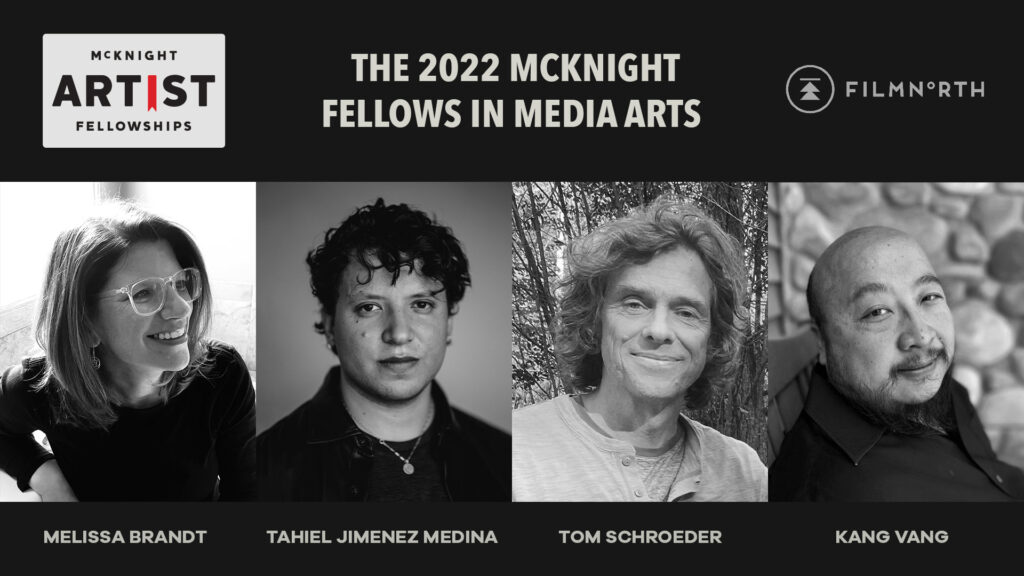 FilmNorth is pleased to announce the four Minnesota artists selected to receive the 2022 McKnight Fellowships for Media Artists. This year’s fellows are Melissa Brandt of Rochester, Tahiel Jimenez Medina of Minneapolis, Tom Schroeder of St. Paul, and Kang Vang of North St. Paul.

Out of a field of 59 applicants, the four fellows were chosen by a national panel of media artists, writers, and curators: Dessane Lopez Cassell, a New York-based editor/writer/curator; producer/educator Neyda Martinez of New York, NY; screenwriter/director/educator David Miranda Hardy of Middlebury VT; and producer/director/arts administrator Sapana Sakya of Berkley, CA.

In addition to the cash award, the program supports its fellows by creating opportunities to meet with local and national art professionals, by providing assistance to attend the annual Film Independent Forum in Los Angeles, and by offering special class and workshop opportunities through FilmNorth. 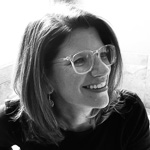 Melissa Brandt (she, her, hers) grew up in rural Minnesota and worked for several years before completing her M.A. in Literature and M.F.A. in Creative Writing. Her feature-length screenplay, CORDELIA, was optioned in 2009. In 2012, she was awarded the McKnight Fellowship, received a Minnesota State Arts Board Grant, and was selected as part of the Emerging Narrative Program for Independent Film Week in New York City for her screenplay, CHICKEN DAY, which has been optioned twice. Melissa has two children’s chapter books published in the last two years under the Jake Maddox series, and she is currently working on a new episodic screen story and a YA novel. 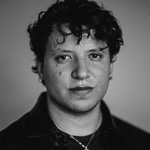 Tahiel Jimenez Medina (he, him his; they, them, theirs) is a Colombian first-generation immigrant director. He tells stories in dedication to migrant mamas. His films about immigrant and Colombian identity are culture catalysts to decolonize, remember and heal ancestral wounds, infusing themes of survival, memory, and dreams with hauntingly evocative imagery. Medina has presented at national and international film festivals including Palms Springs International Short Film Festival and Provincetown International Film Festival—and in local parking lots for his community to gather and dream of new worlds. His documentary Día a Día, 2020: One Day at a Time is available on PBS online channels (pbs.org, PBS Video App). His recent awards include The Twin Cities PBS 2020 Project, The Next Step Grant, The Minnesota State Arts Board Artist Initiative Grant, The Jerome Foundation Film Grant, and The Saint Paul Neighborhood Network’s New Angle Fellowship. 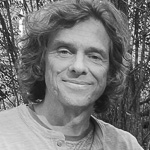 Tom Schroeder (he, him, his) has completed sixteen animated films since 1990. His films have been broadcast on Independent Lens, the Sundance Channel, Canal + France and Spain, SBS in Australia, CBC in Canada, and Pacific Voice in Japan. The films have also played widely on the international festival circuit, including multiple screenings at Annecy, Rotterdam, Sundance, Ottawa, and South by Southwest, and have won over forty festival awards. Retrospective programs of Tom’s animated shorts have screened recently in Seoul, Minneapolis and Melbourne. Tom received Minnesota State Arts Board Grants in 1991, 1999, 2006, 2014 and 2019, Jerome Film and Video Grants in 2000 and 2004, McKnight Fellowships in 2006, 2011 and 2015, Bush Fellowships in 1997 and 2008 and a Rooftop Filmmakers Grant in 2013. He has directed commercials for Kashi, Samsung and Hertz Car Rental and is currently represented as a director by Global Mechanic, Vancouver, Canada. Tom is also Professor Emeritus at the Minneapolis College of Art and Design where he taught for 25 years. 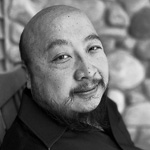 Kang Vang (he, him, his) is a filmmaker who has worked in the media arts field for over 20 years as an artist, teacher, and community leader, focusing on issues that affect communities of color. Since the early 2000’s, he has completed six feature length films, with themes of domestic abuse, gang violence, identity and cross-generational family problems, and the refugee experience along with others. His films have been shown all over the country, and have been used as educational tools in schools and universities. Kang is the founder and Director of Team Chow Fa Productions for the past 15 years. He has also developed media education curricula for schools, taught at-risk youth how to think critically about social issues, provided leadership skills development through media productions to promote awareness of social issues.

There were four professionals who served as panelists, selecting four fellows from 59 total applications. Juror Miranda Hardy reviewed the 21 screenwriting applications, and jurors Cassell, Martinez, and Sapana reviewed the 38 applications from non-screenwriters. 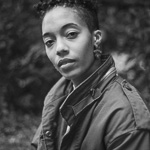 Dessane Lopez Cassell (she, her, hers) is a New York-based editor, writer, and curator. Her work focuses on artist’s moving image, documentary, and experimental film practices concerned with race, gender, and decoloniality.  Cassell is Editor-in-Chief of Seen journal, a new film and art publication devoted to writing by and about people of color, published by BlackStar. She also sits on the programming committee for BlackStar Film Festival. Prior to joining Seen, Cassell was the reviews editor at Hyperallergic. A former museum worker, Cassell has organized curatorial projects and screenings at the Museum of Modern Art, the Studio Museum in Harlem, Brooklyn Academy of Music, Anthology Film Archives, and the Black Women’s Film Conference, among others. Additionally, her published writings include essays, interviews, and cultural criticism in Hyperallergic, Film Comment, and Seen, as well as catalogues issued by the Whitney Museum of American Art, BlackStar Film Festival, the Studio Museum, and MoMA. 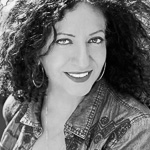 Neyda Martinez (she, her, hers) is a nationally-acclaimed cultural worker, activist and producer who mobilizes resources for high impact, in support of under-resourced institutions and projects to generate global resonance and reach. She is producer of the documentary films BARTOLO (in production) and A Chasm in Chinatown (in production); DECADE OF FIRE (2018) which won PBS’ Independent Lens 2020 Audience Award; LUCKY (2013); and Co-Executive Producer of the narrative short ACUITZERAMO acquired by HBO, and associate producer for HBO’s Habla Now (2020 and 2022). For over 14 seasons, Neyda’s efforts helped build national recognition of American Documentary’s (AmDoc) acclaimed nonfiction series’ POV and AMERICA REFRAMED. A strategic advisor to the acclaimed short documentary, TAKEOVER; she also helmed the national engagement campaigns for PBS’ Peabody award-winning series, Latino Americans, and WNYC’s podcast “La Brega.” Neyda is an Associate Professor of Professional Practice at School for Media Management in the Schools of Public Engagement. 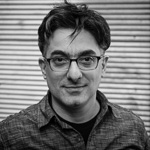 David Miranda Hardy (he, him, his) holds a BA in Sound Sciences from the University of Chile and a MFA in Film and Media Arts from Temple University in Philadelphia, where he resided for 5 years as a Fulbright scholar. Miranda Hardy started his career as a Sound Designer, working in over 80 feature films from renowned filmmakers such as Lucrecia Martel (The Holy Girl), Martín Rejtman (Two Shots Fired) and Pablo Larraín (Jackie). His 10-part series BALA LOCA was nominated for a Peabody and Platino awards for best drama series. The show, produced for Warner, was distributed by Netflix in the US, and recommended by Variety, The New York Times, and Rotten Tomatoes. His first English-spoken screenplay, the feature film THE SWIM LESSON is a selection of the Sundance Screenwriters Lab 2022. Miranda Hardy is an Associate Professor of Film and Media Culture at Middlebury College in Vermont. 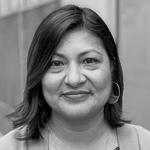 Sapana Sakya (she, her, hers) was born in Nepal, grew up in Bangkok and studied in the US with a background in journalism, documentary film and program development. Her multicultural upbringing informs her work. Currently, she is the Talent Development and Special Projects Manager at the Center for Asian American Media (CAAM) where she designs filmmaker support programs and regional initiatives. She collaborated with the Kathmandu International Mountain Film Festival (kimff) to launch Doc Lab, nurturing Nepali filmmakers. She trained at UC Berkeley and has produced and directed several documentaries including DAUGHTERS OF EVEREST, RED WHITE BLUE NOVEMBER, and OKLAHOMA HOME.

ABOUT THE MCKNIGHT ARTIST FELLOWSHIPS
Founded on the belief that Minnesota thrives when its artists thrive, the McKnight Foundation’s arts and culture program is one of the oldest and largest of its kind in the country. Support for individual working Minnesota artists has been a cornerstone of the program since it began in 1982. The McKnight Artist Fellowships Program provides annual, unrestricted cash awards to outstanding mid-career Minnesota artists in 14 different creative disciplines. Program partner organizations administer the fellowships and structure them to respond to the unique challenges of different disciplines. Currently the foundation contributes about $2.8 million per year to its statewide fellowships. For more information, visit mcknight.org/artistfellowships.

ABOUT THE MCKNIGHT FOUNDATION
The McKnight Foundation, a Minnesota-based family foundation, advances a more just, creative, and abundant future where people and planet thrive. Established in 1953, the McKnight Foundation is deeply committed to advancing climate solutions in the Midwest; building an equitable and inclusive Minnesota; and supporting the arts in Minnesota, neuroscience, and international crop research.