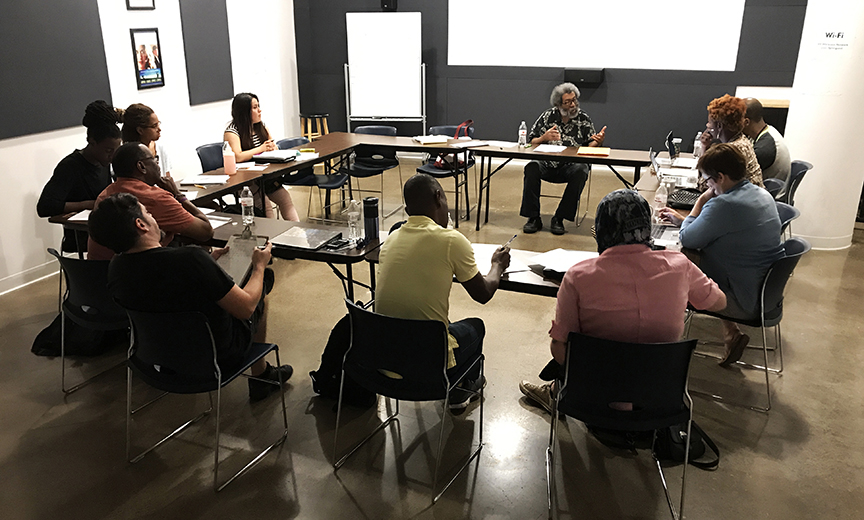 It’s been said, “Scripts aren’t written… they’re rewritten.” A quality rewrite can lift a script from pretty good to very good… maybe even great. But how to get there?

You’ve rewritten your script, and now you’ve got the killer opening you envisaged when you started… but somewhere in the middle, the power and the energy of your story noticeably sag, and the Big Finish toward which you were groping your way never quite materialized as planned. Or worse yet, it’s as if some forbidding stretch of act two seems to have turned out to be quicksand, and your story has gotten lost in there, never to be seen again. Not only does this scenario continually undermine potentially great rewrites – it’s what keeps many initially promising scripts from ever being completed at all!

As with Elements of Screenwriting, this course is built on master-teacher Frank Daniel’s system of eight story sequences, spending each weekly session on deep analysis of a scene sequence from a film that offers something useful to learn about structure and cinematic storytelling, in addition to writing exercises and the weekly sharing out loud of new pages. This latter part of our core process is the “secret sauce” that helps you get to the most important part of the rewriting process: a full and satisfying exploration of whatever it is that lies at your story’s emotional center – its heart.

Though stories are ultimately about problem solving—we sit in darkened theaters to watch compelling characters solve whatever fix they’re in—the value and the power of stories is all about how they make us feel. Roll up your sleeves and come complete that first draft or that rewrite you’ve been meaning to finish!

David Grant is a Twin Cities-based screenwriter and playwright. As a playwright, he has been commissioned to write new work for the Minnesota Science Museum, the Minnesota Historical Society, Mixed Blood Theater, VocalEssence, The Playwrights’ Center, and Great American History Theatre. As a screenwriter, he has written drama for Twin Cities Public Television, Russell Simmons’ Def Pictures, HBO New York, Davis Entertainment, and the Showtime Network. Grant has been a recipient of screenwriting fellowships from the Minnesota State Arts Board and the McKnight Foundation, and was a finalist for the 1999 Gordon Parks Award and the Heathcote Arts Foundation Fellowship at the Independent Feature Film Market in New York for his screenplay Trouble. He has taught screenwriting at The Loft, Playwrights’ Center, and S.A.S.E., as well as basic writing skills for The Center for Non-Profit Management at the University of St. Thomas. Grant is a graduate of Antioch College and president emeritus of Screenwriters’ Workshop, member of The Loft board of directors, a core alumnus member of The Playwrights’ Center, and a member of the Writers’ Guild of America, West.