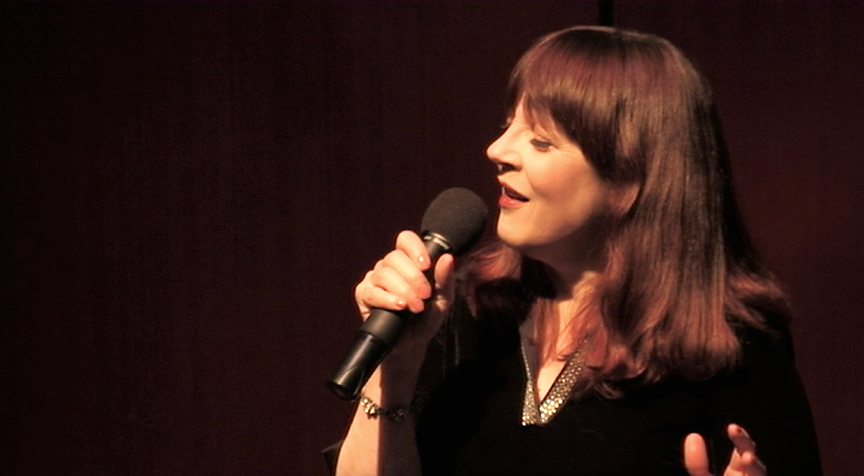 After achieving international success in the mid ‘70s as a founding member of the Grammy-winning jazz vocal group The Manhattan Transfer, singer Laurel Massé lost everything—and nearly her life—one tragic night in late 1978. She survived, reaching greater artistic heights in a solo jazz career that garnered comparisons to Ella Fitzgerald and Sarah Vaughan, then moving into other music genres to exceptional acclaim, and becoming a widely respected vocal music educator.

Laurel Massé: How Can I Keep from Singing? is the story of a highly intelligent, talented and determined artist who overcame tremendous adversity that was thrust upon her by the music business in the ’70s – the days when a major label record deal often meant being worked to death: endless touring and television appearances, and constant pressure to record new hits. It’s a story of a gifted singer, who after enduring the likes of uncaring money-grubbing record execs, devious, greedy, untrustworthy managers and heartless attorneys, ends an unsustainable career to live life and make music fully on her own terms.

We all know music is a universal language. Laurel’s music has universal appeal with all the right ingredients: a beautiful voice and four-octave range, superb phrasing, breath control, and diction. And Laurel’s solo work encompasses a wide variety of styles—jazz, folk, blues, pop, pop standards, plus traditional hymns and spirituals.

The film will have broad appeal. It will resonate with young emerging singers, who’ll not only revel in the joy of Laurel’s singing but also learn much about vocal technique through scenes of her teaching. Laurel’s intellect and interest in many subjects are palpable. She returned to college later in life, earning a degree in jazz studies from State University New York–Empire State, received a chancellor’s award for excellence, and was the keynote speaker at her graduation. Laurel continues to record and perform, and also teaches voice at SUNY–New Paltz, adjudicates show choir competitions, and works with BIPOC students in inner-city school choruses.

And that’s just scratching the surface of the Laurel Massé story.

Project Status
A rough cut has recently been completed. We are now raising funds for post-production. This will cover color correction, sound mixing, and motion graphics/titles provided by Twin Cities-based post houses. 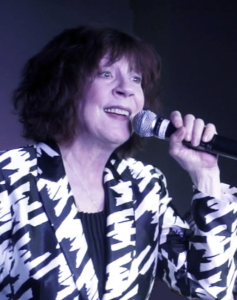 In New York City, on a snowy night in February, 1972, Laurel Massé hailed a cab. The driver was wearing a cap covered with 1939 World’s Fair buttons, and she asked about them. The resulting conversation started a musical friendship that led to the founding of the award-winning vocal group, Manhattan Transfer, and the beginning of her long musical career. For seven years, Ms. Massé toured internationally with the Transfer, recording four albums (certified gold and platinum) and the Just a Gigolo movie soundtrack, and making numerous television appearances (including The Manhattan Transfer Show on CBS TV in 1975 and Mary Tyler Moore’s 1976 television special Mary’s Incredible Dream). With her expressive voice, clear diction, and ready wit, the tall redhead left an indelible mark on the group.

But in 1978, a near-fatal automobile accident cut short her tenure with the quartet. Recovery took a long time; she returned to stage and studio in 1980 as a solo artist. Her solo recordings Alone Together and Easy Living both charted on Billboard; Again was a People magazine pick. Feather and Bone (2000) was described by audiophile magazine The Absolute Sound as “a recording of extraordinary musical and sonic value.” That Ol’ Mercer Magic, a recording of Johnny Mercer tunes (with Janis Siegel of Manhattan Transfer and Lauren Kinhan of New York Voices) came out in 2009 to great critical acclaim. In 2012 she released Once in a Million Moons, a duo collaboration with pianist/arranger Tex Arnold. Ms. Massé has also guested on CDs of many other artists, including Barry Manilow, percussionist Layne Redmond, bluegrass artist Tony Trischka, and songwriter Carol Hall. She has toured internationally.

Since 1997 she has taught every year at the iconic Ashokan Music and Dance Camps, leading classes in swing and jazz vocal styles. She has lectured and taught master classes at prestigious institutions such as Yale, Dartmouth and The Royal Academy of Music (UK). She is a respected adjudicator/clinician for high school and college choir festivals.

As a performer, Ms. Massé received the prized MAC Lifetime Achievement Award (2004), and the Bistro (Best Jazz Vocalist, 2009). She has been both a guest soloist and a member of the professional choir at the Cathedral of St. John the Divine in New York. As an actor, she appeared in Project Rushmore’s readings of Beth Henley’s Crimes of the Heart (as Lenny) and Shakespeare’s King Lear (Cordelia). She is featured singing her own composition “The Heavens Tonight” (co-written with Larry Kerchner and Hubert “Tex” Arnold) in the Kairos Productions feature film, Camilla Dickinson.

Ms. Massé is an ASCAP writer and a member of SAG/AFTRA. 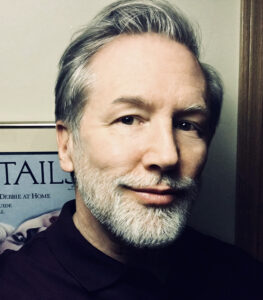 Reilly Tillman (director/editor) earned his Bachelor of Arts degree in Communications with an emphasis on radio, television, and film from the University of Wisconsin–Madison. As an independent filmmaker, he produced, directed, and edited a feature-length documentary about world-class competitive drum and bugle corps titled Madison on Tour, which aired on PBS affiliates Twin Cities Public Television and Wisconsin Public Television in Madison, and screened in film festivals. Madison on Tour was nominated for the Minnesota Film & TV Board’s D. L. Maberry Award for Best Minnesota Feature Film of 1999.

Reilly has served as FilmNorth’s Education Director since 2002, coordinating up to 150 classes and workshops annually in screenwriting, film production, editing, animation, and photography. Reilly also helps coordinate FilmNorth’s annual Forum, a filmmaker conference, as well as a professional development series and master classes for emerging to mid-career filmmakers, an outreach education program for persons with disabilities at the Courage Kenny Rehabilitation Institute, and summer film and photography youth camps. In 2012 Reilly was promoted to Deputy Director at FilmNorth and continues to serve as Education Director. In 2017, Reilly coordinated a film arts learning series for underrepresented communities that was funded by the Minnesota State Arts Board.

A lifelong musician, Reilly has been a member of the Minnesota Chorale, the principal chorus of the internationally acclaimed, Grammy-winning Minnesota Orchestra under the direction of Osmo Vänskä. Reilly is also a brass instrumentalist who marched for seven years in the world champion Minnesota Brass Drum and Bugle Corps and performed with the Minnesota Brass mini corps jazz ensemble Minne-Brass. Most recently, Reilly cofounded the Minneapolis-based folk-rock group Chicky Rooster.