10–11:15 am
Getting Political: The Art of Campaign Documentaries
There’s a long and rich history of political documentaries. Join two filmmakers who have created compelling new entries in this canon that shine a light on the current state of affairs and call us to action. Whether the topic is a new and inspiring representative or the political process itself, each director shows there are endless possibilities for compelling stories in modern politics.
Anne de Mare, director Capturing the Flag
Norah Shapiro, director Time for Ilhan
Moderated by documentarian Melody Gilbert

3:00–4:15 pm
Selling Your Film – And You
A conversation with ICM agent Charlotte Lichtman about how agencies work with indie filmmakers and films. When does the sales arm of an agency get involved with an independent film? How best to approach them, and at what time during your process? How do filmmakers based outside of New York and Lisa Angeles catch the attention of agencies for both their projects and for personal representation? Find out the answers during this in-depth conversation.
Moderated by Andrew Peterson, Executive Director FilmNorth

As writer, director and actor, Matthew G. Anderson has been a part of the local film community for more than a decade. He has independently produced a number of short films and is the writer/director/editor of the award-winning web series Theater People, recently picked up for a fourth season.

Sam Bailey is a writer and director from Chicago, currently residing in Los Angeles. She is the creator of the Gotham-nominated web series: You’re So Talented, which premiered at the 2015 Tribeca Film Festival. Sam is the director and co-creator of the Emmy-nominated web series Brown Girls. She was included on the Forbes 30 under 30 Hollywood and Entertainment list. Her work has been reviewed and featured on platforms such as Elle, W Magazine, Fox News, and Essence Magazine. As a creative non-fiction storyteller, she’s worked on live-lit stages across Chicago, including The Paper Machete and 2nd Story. She has directed for television, most recently Freeform’s Alone Together and Facebook’s Loosely Exactly Nicole. Currently, Sam is developing Brown Girls for HBO and Fink for Universal Cable Productions. Her short film Masculine/Masculine will premiere at the 2018 LA Film Festival. She is repped by CAA and Michelle Knudsen at MXN.

Anne de Mare (director/producer, Capturing The Flag) is an Emmy Award-winning documentary filmmaker whose 2015 feature exploring the realities of youth homelessness, The Homestretch, received the Emmy for Outstanding Business and Economic Reporting – Long Form for its broadcast on Independent Lens. Anne is a fierce believer in the power of story to affect change and worked on that film’s extensive impact campaign for over two years. Anne’s first feature, Asparagus! Stalking the American Life, explored the relationship between asparagus farmers in rural western Michigan and the changing global economy. That film was winner of the 2006 W.K. Kellogg Good Food Film Award as well as Audience Choice and Best Documentary awards at festivals across the country. In 2010 and 2011, she worked closely with the late, great historian Michael Nash and NYU Bobst Libraries to create an extensive filmed archive of women who worked in munitions factories during WWII, accessible online as The Real Rosie The Riveter Project. Most recently, Anne was Co-Producer on the PBS documentary Deej, winner of the prestigious 2017 Peabody Award. She has been a Sundance Institute Fellow, part of the U.S. State Department’s American Film Showcase program, and an Associate Artist with Chicago’s legendary Kartemquin Films.

Melody Gilbert has directed, produced, shot (and sometimes edited) character-driven stories for more than 20 years. Her seven feature-length documentaries are noteworthy for featuring a rare intimacy with her subjects as she unearths previously hidden worlds. She works mostly solo and has the ability to get people to reveal their innermost thoughts, whether it’s the family of a child who can’t feel pain (A Life Without Pain/SXSW), a former Vice President of the United States (Fritz: The Walter Mondale Story/PBS), or a physically healthy person who wants to become an amputee (Whole/Sundance Channel). Melody directed, produced, and shot The Summer Help (2016), co-directed the first 3D documentary made in Bulgaria, Steps In The Fire, and she also served as a producer on three Minnesota-made films, American Heart (2013), The Starfish Throwers (2014), and Women Outward Bound (2015). In 2018 Melody premiered her newest documentary Silicone Soul (2018), which explores the emotional connection some men and women have to their synthetic companions and what that means for the future of human relationships. Six years ago Melody moved to Eastern Europe where she taught filmmaking and journalism at American University in Bulgaria. She is the founder of Docuclub Minnesota, a recipient of the very first McKnight Foundation Artist Fellowship for Filmmakers, and a huge fan of Dunn Brother’s Coffee.

Naomi Ko is a Korean American filmmaker, actor, and storyteller. Naomi’s independent pilot Nice was an official selection for the 2018 Tribeca Film Festival. Naomi created, wrote, and stars in this half-hour series pilot about Teddy Park, a 20-something Korean American living in Minnesota, who must deal with the consequences of keeping her breast cancer a secret from her friends and family. The pilot was directed by Andrew Ahn writer/director of Spa Night, This Close (Sundance 2016) and produced by Carolyn Mao. She is also a Moth StorySLAM winner, a featured performer for Mortified, and a producer of The Comedy Comedy Festival: A Comedy Festival. She played Sungmi in the 2014 award-winning feature film, Dear White People. Her writing and work has been developed by Warner Bros. and supported by the Knight Foundation, the Metropolitan Regional Arts Council, Solidarity MN, Building More Philanthropy with Purpose, and the Council of Asian Pacific Minnesotans. Ko recently received an Artist Initiative grant from the Minnesota State Arts Board to produce a short film in the summer of 2018. Ko’s writing and performance is featured on The Mortified Guide now on Netflix. Naomi co-founded the APIA MN Film Collective, an initiative to create and opportunities for the APIA filmmaking community in the Twin Cities, supported by the Metropolitan Regional Arts Council.

After graduating from the University of Michigan with a degree in Screen Arts and Cultures, Charlotte Lichtman joined ICM Partners, one of the world’s largest talent and literary agencies, in the summer of 2015. Working her way up from the mailroom, Charlotte soon started working in the Motion Picture International Department as an assistant and was promoted to Coordinator last August. As a coordinator, Charlotte points all festival related matters – film submissions, tracking projects, and assisting in the multi-faceted sales process for ICM represented titles. When not prepping for or traveling to festivals, Charlotte’s responsibilities include handling payment and bookings for all films, sourcing new material for clients and her group to work on, and meeting with up and coming producers, financiers, and filmmakers.

Charlotte recently worked on such films as Kent Jones’ narrative feature directorial debut Diane, which premiered at the 2018 Tribeca Film Festival. The film has garnered sensational reviews, particularly for its star Mary Kay Place, and won Best Screenplay, Best Cinematography, and Best Narrative Feature at Tribeca. Charlotte also assisted in the sales process on the Laura Dern starring The Tale, which was recently released by HBO in one of the biggest deals out of the 2017 Sundance Film Festival, and Israeli film Foxtrot, which was released by Sony Pictures Classics this spring, and won 8 Ophir Awards as well as the Grand Jury Prize Silver Lion at the 2017 Venice International Film Festival.

Norah Shapiro is an award winning Minneapolis-based filmmaker and mother of three who left a decade-long career as a public defender to pursue documentary filmmaking, and hasn’t looked back. Ms. Shapiro recently premiered her newest feature documentary, Time for Ilhan, about Ilhan Omar, the 1st Somali-American legislator in the United States at the 2018 Tribeca Film Festival, and the 2018 Hot Docs Film Festival in Toronto. The project participated in Hot Docs’ 2017 Dealmaker program, the 2017 IFP Film Week, and was selected for the 2017 Tribeca Film Institute/A&E Storylab. Time for Ilhan recently won the HBO Best Feature Documentary Audience Award at the Provincetown International Film Festival, and has been invited to Michael Moore’s Traverse City Film Festival later this summer. Her first feature film Miss Tibet: Beauty in Exile (2014) premiered at the 2014 DOC NYC Film Festival, won the 2014 MSPIFF Best Minnesota Feature Documentary Award. Ms. Shapiro received the McKnight Filmmaking Fellowship in 2012 and has received numerous production and completion grants from funders including the Jerome Foundation, the Minnesota State Arts Board, the Catapult Film Fund, the Surdna Foundation, the Harnisch Foundation, the Minnesota Filmmakers Legacy Fund and more. She is a proud member of the Minnesota Chapter of Film Fatales, and is also currently producing a new documentary about the abduction of Jacob Wetterling and its far-reaching impact.

In 2014, Minnesota-native Michael Starrbury was named one of Variety’s 10 Writers to Watch after being nominated for an Independent Spirit Award and Humanitas Prize for writing The Inevitable Defeat Of Mister & Pete, which premiered at Sundance and sold to Lionsgate. In 2016, the animated series he co-created, The Legends Of Chamberlain Heights premiered on Comedy Central. Michael is currently writing The Battle Of Versailles for Ava DuVernay to direct at HBO Films and has pilots in development at NBC with Lorne Michaels and Seth Meyers and FOX with Will Packer. He continues to live in Minnesota while working in Hollywood.

Yen Tan is a Malaysian-born writer and director. He premiered the critically-acclaimed Pit Stop at Sundance 2013. It was nominated for a John Cassavetes Awards at the 2014 Film Independent Spirit Awards. Yen also co-directed Until We Could (2014) with David Lowery, an Addy-winning PSA for Freedom to Marry that was narrated by Robin Wright and Ben Foster. His latest feature, 1985, premiered at SXSW 2018 and was inspired by his Short of the Week of the same title. Yen has been a fellow of Austin Film Society’s Artist Intensive, IFP’s Film Week, and Film Independent’s Fast Track. Yen is based in Austin, where he also works as an award-winning key art designer for independent films and documentaries.

Gabe Van Amburgh is a Film Programmer and the Film Exhibition Manager for SXSW in Austin, Texas. Since 2011 he has directed all aspects of exhibition including film print traffic, theatre build outs, the transition to 100% digital DCP exhibition, plus a variety of valuable analytical and strategic contributions as part of the Film Team. Previously, Gabe worked for seven years in many different technical roles at the Alamo Drafthouse, SXSW and Fantastic Film Fest. 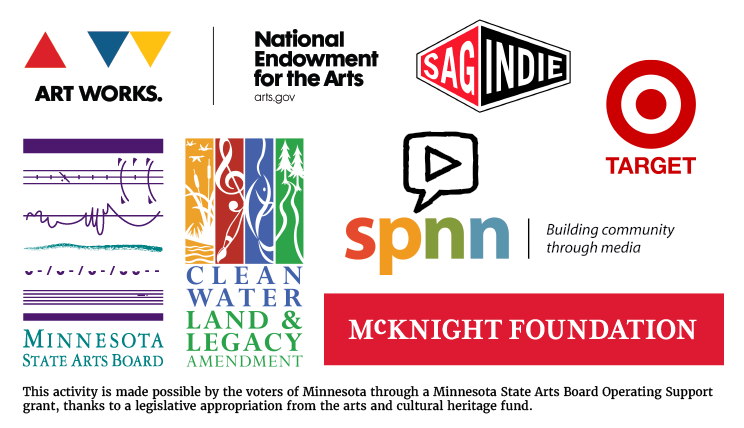