Fund Your Film with Stu Pollard 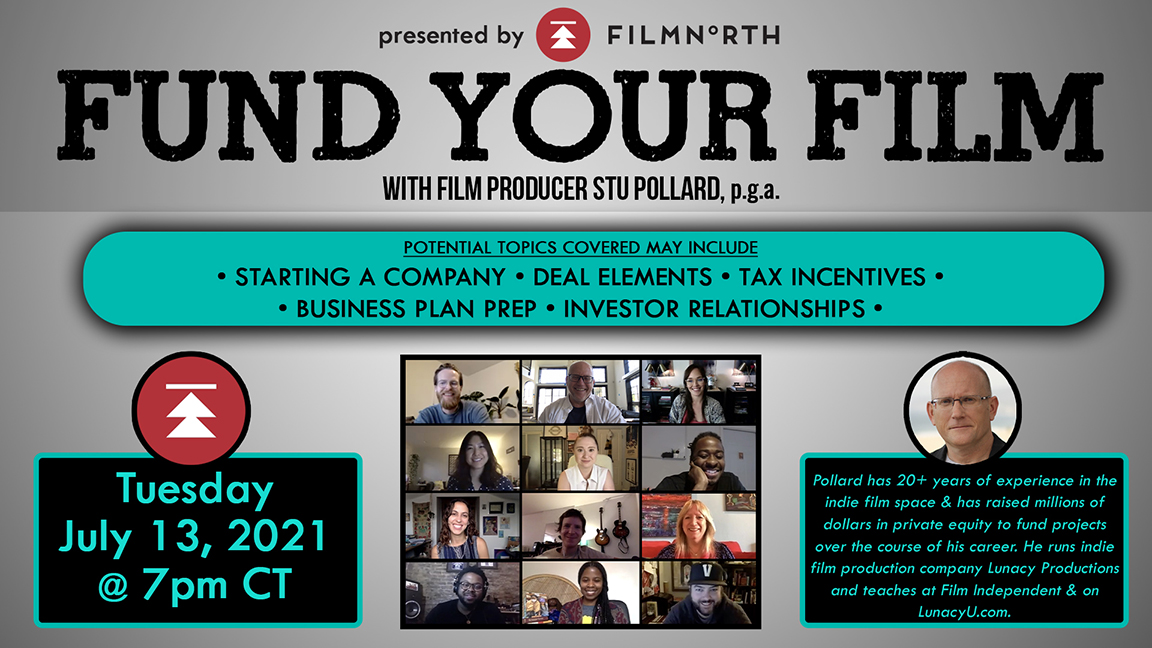 Film producer Stu Pollard is offering a FREE, interactive, one-hour online version of his one-of-a-kind seminar on the ethics and strategies of independent film financing. There will be a Q & A at the end. Space is limited – registration required below.

Potential topics covered may include:

Stu Pollard has 20+ years of experience in the indie film space and has raised millions of dollars in private equity to fund projects over the course of his career. His company, Lunacy Productions, has enabled him to empower new storytellers and explore new ventures outside the film space, including education via the new platform LunacyU. Lunacy’s thriller, Rust Creek (directed by Jen McGowan) was acquired by IFC Films and Certified Fresh by Rotten Tomatoes. It topped the viewership charts on Netflix in the weeks after its release in December of 2020. Other recent producing credits include the rom-com Plus One (written and directed by Jeff Chan and Andrew Rhymer, produced in partnership with Studio 71 and Red Hour Films) and Alexandra Shiva’s Syrian refugee documentary This Is Home (2018 Sundance World Doc Audience Award Winner).

NOTE: Participation in this online event that you use the free Zoom cloud-based video conferencing service. For optimal performance it is recommended that you install Zoom on your computer rather than running it from a web browser. We’ll e-mail you a course reminder and Zoom link a few days prior to the event. Click here for a Zoom tutorial.