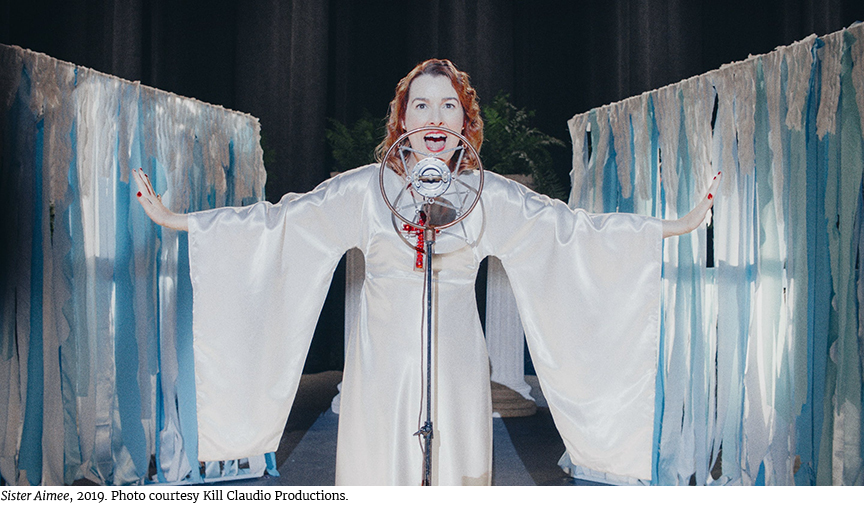 FilmNorth is proud to copresent with the Walker Art Center a special free advance screening of the Sundance hit Sister Aimee. Presented in conjunction with the FilmNorth Forum, the screening is followed by a dialogue with directors Samantha Buck and Marie Schlingmann led by FilmNorth’s Executive Director Andrew Peterson.

A sensational evangelist fakes her own disappearance and escapes to Mexico with her new beau and their guide in a partly true, partly made-up tale of fame and flight. In their playful feature debut, cowriter/directors Samantha Buck and Marie Schlingmann conjure a true retro-spectacular anchored by Anna Margaret Hollyman’s dazzling virtuosic performance in their feminist musical comedy. 2019, US, DCP, in English and Spanish with English subtitles, 87 min.