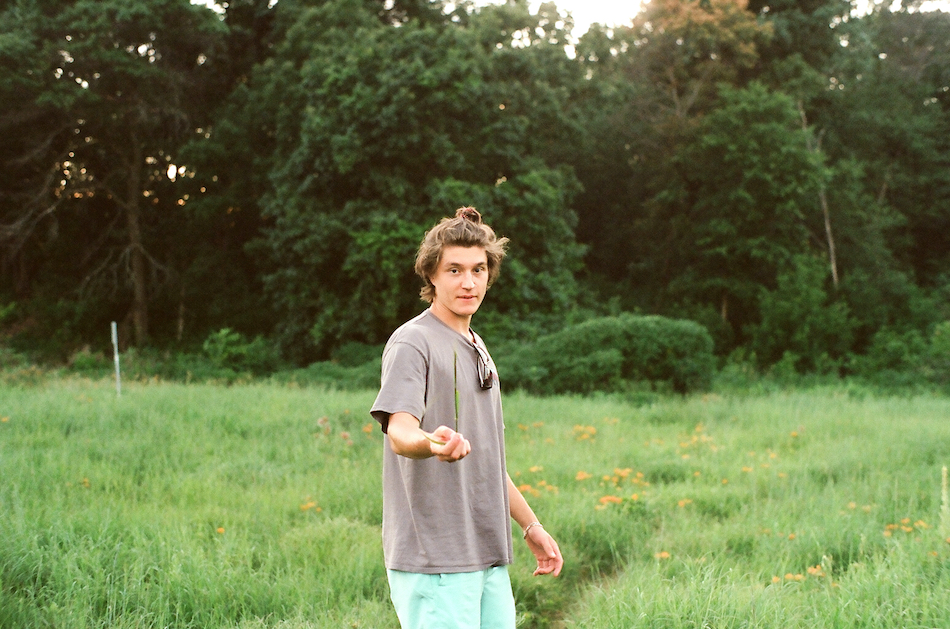 Intimacy from the perspective of nature.

Over a cabin weekend in late July, 20-year-old best friends Andy and Ray face their desire for closeness and the loneliness their changing friendship has left them feeling.

Booth McGowan: Writer & Isaac Dell: Director
Booth McGowan and Isaac Dell are 20-year-old filmmakers from the Twin Cities. The brothers-from-another-mother have been filming, writing, and devising movies since pre-school. As kids, they filmed and edited dozens of comedic shorts, and have recently formed a partnership in screenwriting and directing.

In high school, Booth received awards for acting, as well as high praise for directing theater. Isaac, meanwhile, built a national following for his band, Why Not, so far touring the country five times. Unable to perform at live shows during the pandemic, Isaac funnelled his creativity into film. During the pandemic, the creative-duo wrote a multitude of feature films and two shorts, producing and directing their first official short-film, I Will Be Back For This (2020, 19 min). Isaac studies film and design at Minneapolis College of Art and Design, and Booth will begin school at Colorado College this fall, where he plans to study English and Film.

Josie Klein: Producer
Josie Klein is an award-winning filmmaker and up-and-coming producer from Minneapolis, Minnesota. She has written, directed, and produced a variety of short films, including Like She Breathes (2019, 10 min), about an introspective and sensitive young woman who visits her recently deceased grandmother’s house with her girlfriend, and To Whom It May Concern (2019, 5 min) about a lonely 20-something finding anything to keep her afloat after a bad breakup. Josie has also worked as an Assistant Director on the set on the short film Formulation (2018), as well as Assistant Camera on the short film Till the End of Time (2018). Her film Like She Breathes has so far been selected by three festivals, being a finalist for Best Student Film at the 2021 New York International Film Awards and awarded Best Student Short at the 2021 Indie Short Fest.

Josie currently attends New York University’s Tisch School Of The Arts where she majors in Cinema Studies and minors in Producing. Her main career goal is to write and direct a feature film for a major production company.

Akesh Patel: Cinematographer
Akesh Patel was born in 1999 and raised in Lowell, Massachusetts. They graduate from Ithaca College in May of 2021 with a degree in Film, Photography, and Visual Arts (B.F.A). Their Thesis film has been selected by Ithaca College to be nominated in the BAFTA student film awards. They specialize in cinematography, gaffing, and they’ve worked in the grip and electric department on film sets in Los Angeles. Their photography is process oriented, it starts with a question, a study, or an experiment. Through photography, Akesh is able to ponder these questions and gain a deeper understanding of their personal relationship with the world.