In the early 1960s, a small spark in Minnesota started a blaze that spread across the country.  It led to a new style of opera and music-theater performance that brought stories to life and inspired millions, including the wide audience for Metropolitan Opera broadcasts in cinemas.  The movement was led by one of the most respected innovators in American opera and music-theater in the last 60 years – Wesley Balk. Following in his footsteps, Nautilus Music-Theater founder and Artistic Director, Ben Krywosz, has continued to explore and expand his mentor’s work by focusing on the collaborative process between composer, librettist and performer. This is the story of their unique and nurturing approach to the creative process of telling stories through music. 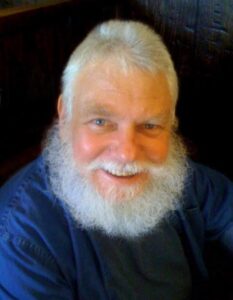 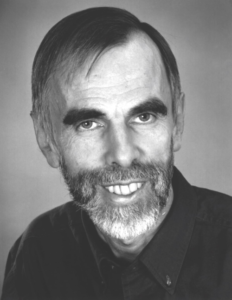 The documentary begins with Krywosz working with a group of performers, a librettist, a composer, and an accompanist on a new aria. With Ben facilitating, each individual gives their feedback on some aspect of the creation – how it sounds, the story it tells, how the music helps convey the meaning. This is a day in the life of Nautilus Music-Theater (NMT) – a laboratory and incubator for coaching and training the next generation of opera/music-theater artists. As we watch Ben work, we learn the story of his late mentor, Wesley Balk, who he met at the Minnesota Opera.  Wesley pioneered the creation of a uniquely American style of opera by training performers to not only sing the most beautiful and difficult musical passages but also convincingly portray the character – act. He called his ideal performer “the complete singer-actor.” Building on Wesley’s initiatives, Krywosz co-founded NMT, where he has spent almost four decades carrying this work forward. Ben has a unique vision for the process of creating new opera and music-theater, an approach based on a collaborative process that requires the input of composer, librettist, and performer. Wesley sparked a revolution in how opera is performed today, and Ben took that work to the next level by redefining the concept of creative collaboration. This is their story.

The film will run 70-90 minutes and will feature interviews with Ben, key figures from the national opera scene who knew and worked with Wesley, Karen Miller (co-Founder of NMT) and other key figures from the world of opera and music-theater.  It will include excerpts from rehearsals, working sessions, and performances, both current and drawing from the extensive archives Nautilus has maintained over its lifetime.  The film will be in part a tribute to Ben Krywosz and Wesley Balk, demonstrating the key roles they have played in the big changes in opera and music theater in recent years.

This documentary will be a “must see” for those interested in the creative process, the training of performers, and the evolution of opera and music-theater.  We will submit the film to Sundance and other documentary festivals to build awareness and name recognition.  Minnesotans will be particularly interested in the background story of the development of the Minnesota arts scene, including the evolution of Minnesota Opera, now celebrating its 60th anniversary.  We anticipate hosting the documentary on the Opera America website and imagine that it will be used in performer training programs around the country to illuminate key points in the history of opera and music-theater in America.

The film will find an even larger audience because of the unique personalities of Wesley and Ben. This audience will meet artists from across the country who provide moving testimonials about the importance of these two individuals and their impact on generations of performers, composers, and librettists.  Here are two testimonial examples captured on Zoom during the pandemic:

Todd London, long-time (former) Artistic Director of New Dramatists in NYC. Ben has conducted his Composer-Librettist Studio for writers and composers at New Dramatists each year in New York for approximately 20 years.

Adam Gwon, is a lyricist and composer living in NYC and a frequent contributor to the official magazine of the Dramatists Guild. Adam made his off-Broadway debut in 2009 with ORDINARY DAYS. His work has been produced from London’s West End to Paris to Rio de Janeiro.

Documentary footage will capitalize on Nautilus’s and the University of Minnesota’s expansive archives, which contain historic music, video, and still images that will capture the imagination of even the most casual viewer.

The project team (see below) has begun fundraising and we have created an initial demo reel that tells the story of Ben’s journey into the world of opera and music theater, and how that led to the creation of Nautilus Music-Theater.

We are now in the process of creating an extended demo reel that captures new testimonials about Wesley and Ben from opera personalities from across the country. This will be intercut with examples of how the approach pioneered by Wesley, Ben and Nautilus shapes music, lyrics, and performances.

As we approach the fortieth anniversary of Nautilus Music-Theater (NMT) and the likely retirement of Ben Krywosz in the coming years, a group of artists who have benefitted from the Nautilus approach and programming over the years was formed to explore the idea of making a documentary to capture and reflect the mission, work, and impact of NMT over the course of its life. The project has been guided by a core working group of advisors made up. They include:

Ben has been involved in all of our discussions as well. To move the project to the next stage of its development, David Smith and Bob Beverage have volunteered to act as co-producers on the project. David will manage the fundraising portion of the effort and Bob will oversee production.

David is semi-retired from a long career in finance and investment banking. He practiced law for three years at the beginning of his career, then moved to work on mergers and acquisitions.  David is passionate about literature, theater, and opera, and was a board member of Minnesota Opera from 2017 to 2020. David is also a playwright, novelist, poet, and librettist who participated in the Composer Librettist Studio at Nautilus in 2018. His plays have won national and regional awards and have had minor regional productions.  He looks forward to publishing his first novel in 2023. David is currently working with several composers in different states on a wide variety of projects, including chamber operas, comedies, musical theater, and full scale opera.  His website is aptwordsmith.com.

Bob is a singer, actor, writer, and producer of long standing in the Twin Cities. He has written, directed and/or produced numerous scripts for television and the stage including work for The Discovery Channel, TPT’s Newton’s Apple and The Miracle Network Telethon (Minneapolis production). His plays have been produced across the country and in Europe. His most recent projects include writing and co-directing an 80-minute, dramatic video production, “The Life and Loves of Sinclair Lewis,” produced by the Sinclair Lewis Foundation, and co-writing CHRISTMAS OF SWING, produced by History Theatre. Bob has also written and/or produced many short-form industrial videos for such companies as Honeywell, Roche Diagnostics, US Foodservice, Allied Chemical, Ciba-Geigy, Boehringer-Ingelheim and IBM.