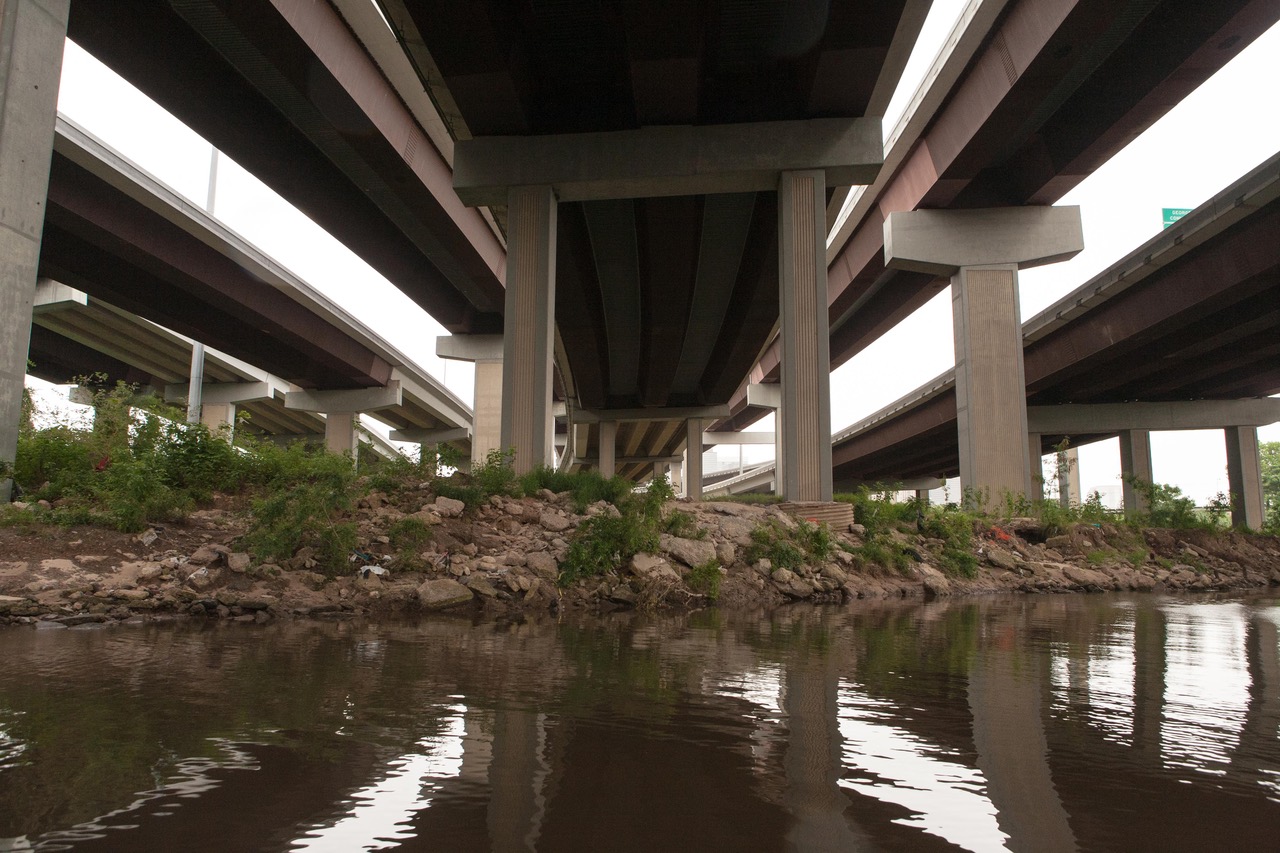 Planetary Bayou is a film about a slow-moving, shallow, muddy creek in Texas that has changed the course of life on Earth, as it has mutated since the dawn of the oil age.

Synopsis:
Seen as a built environment, Houston is a chaotic and confounding metroplex. What makes it appealing as a subject of inquiry is its singular status as the petrochemical capital of the world and the impact that its fossil fuel manufacturing has had on global climates. By extension, this city affects all life on Earth today and for every imaginable tomorrow. This film examines these histories and futures by way of an expansive investigation of the cultures and environments across deep time, into and out of Houston and the Gulf Coast region, along a key feature on the landscape: the Buffalo Bayou. From its source as a ditch in a field, to an industrialized ship canal, lined by hundreds of petrochemical plants, and into the Gulf of Mexico, where snaking pipelines leak crude across abyssal plains, this unassuming bayou is arguably the most important waterway in the world. Visually the film will consist of shots along film locations on or near the Buffalo Bayou from its humble beginnings as a ditch west of the suburb of Katy, Texas, about 25 miles west of downtown Houston and conclude beneath the surface of the Gulf of Mexico. Along the way, the bayou is widened, channelized, rewilded, and terraformed into a massive industrial ship channel. The waters pass into two bays before flowing past Galveston and into the Gulf. The narration of the film will be delivered via voice and text, as intertitles and as captions for some of the locations and will consist of a mixture of historical, personal, speculative, and literary accounts, anecdotes, imaginings, and references. Not only do I want to inform people, I want to compel them to act using evocative imagery, music, sound design, and stories; across vast timescales and places;, from the immediate and on-screen to places around the world, out of sight, and existing only in the viewer’s imagination.
Artistic Approach:
Taking aesthetic cues from Robert Smithson’s 1967 photo essay “A Tour of the Monuments of Passaic, New Jersey”, the narrative mapping structures of James Benning’s 1995 film “Deseret” and Patrick Keiller’s 2010 film “Robinson in Ruins”, as well as philosophical perspectives from Timothy Morton’s 2016 book “Dark Ecology”, this film combines contemporary critical landscape and ecological discourses from the viewpoint of a native Houstonian. It traces a linear sequence of spaces through a conceptual terrain, expanding from a ditch at the western edge of Houston, Texas to the mouth of the Gulf of Mexico. Through spoken and written narration and evocations of deep time is intermingled with personal, local, regional, and global histories. Perspectives shift from first to third person, to that of imagined lost indigenous voices and observations of the countless nonhuman species which share this city and its environs with the varied current and potential future human communities. The one hour experimental documentary film will be a series of mostly fixed views along the Buffalo Bayou, along its shore, underwater, and from above, with occasional forays down linked tributary bayous, creeks, and concrete flood control infrastructures. The city’s most famous monuments – its arcing, intersecting freeway flyovers, looming corporate towers, and mile-long refineries, flaring and scintillating day and night – line the bayou through over 80 miles of a landscape best defined as beyond comprehension.
Biography: 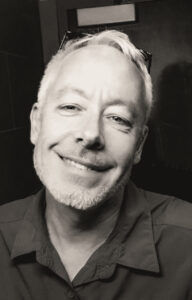 Steve Rowell is a filmmaker and artist who works with photography, moving image, sound, installation, maps, and spatial concepts to produce complex multicomponent projects. His practice investigates terrains of perception, nonhuman intelligence, extinction, and technology, exploring the landscape as a site of political imagination. Steve contextualizes the morphology of the built environment with the surrounding medium of Nature, appropriating the methods and tools of the geographer and archaeologist.
Awards and honors that Steve has earned include:
– the MacDowell Fellowship (2021-22)
– the John Simon Guggenheim Memorial Foundation Fellowship (Film, 2019)
– grants from the Graham Foundation for Advanced Studies in the Fine Arts (Film, 2016) and Creative Capital (Emerging Fields, 2013)
– artist residencies at the Zentrum für Kunst und Urbanistik, at the Villa Aurora Berlin, and Fogo Island Arts
– visiting fellowships at the University of Applied Arts Vienna, and Newcastle University
– and the Erna Plachte scholarship at the University of Oxford
He has collaborated with SIMPARCH (Chicago, 2003-2009), The Office of Experiments (London, 2009-present), and The Center for Land Use Interpretation (Los Angeles, 2001-2013). Born in Houston, Steve has been based in Los Angeles, Oxford, Berlin, Washington, D.C., and Chicago over the past twenty years. Currently, he lives in Minneapolis, which is located on the traditional, ancestral, and contemporary lands of the indigenous Dakota and Ojibwe peoples, where he teaches at the Minneapolis College of Art and Design. He is the founder of Gegenschein Media, the production company behind his moving image work.