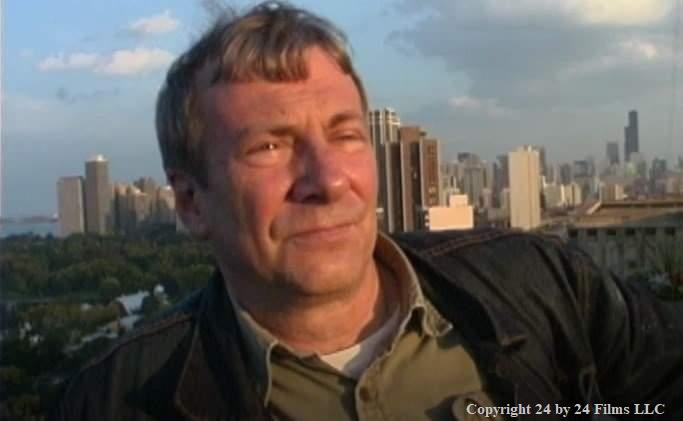 “I do take (reviews) seriously, the critics that I respect: Roger Ebert; Michael Wilmington; people like that” – Spike Lee/ BBC interview 2004

In our documentary, There’s Always Another Movie, the acclaimed film critic Michael Wilmington faces professional and personal crises—making a transition from chief critic at a leading newspaper to writing for social media, while also dealing with his mother’s death and his Parkinson’s diagnosis—but all the while maintaining his lifelong passion for movies.

Michael Reano met Michael Wilmington in 1974 at UW-Madison—the beginning of a long friendship based on a powerful interest in film. It was much later, when Michael was lead film critic for the Chicago Tribune, that we had the idea of making a documentary about the life of a film critic who truly lived “a life in film.” When we saw him teaching a 3-hour Continuing Education class at the University of Chicago on movie history without notes, and felt the class mesmerized by his personality and storytelling ability, we realized that he would be a dynamic subject, interviewee and collaborator of the film.

In 2000 with co-director and film-making partner Bud Young of Synapse Films, we started filming his classes and his activities at the Tribune as well as other locations around Chicago.  We also sat down with Michael and other Chicago film people for interviews.  Originally the film was going to be about a day in the life of the man, Reano called “the hardest working film critic in the business.” The original title was “24 x24 “(24 frames per second, 24 hours a day); as his friend and colleague Dann Gire once said on camera, “Michael Wilmington’s life is the movies–he has no other life.” However, this was only partly true, of course: we soon realized that another essential part of the story was Michael’s love and devotion to his mother, Edna, whom he took care of in her old age, until her death at 96.

We worked on the production off and on from 2000 to 2013, with filming slowing down in 2000 when Reano relocated to the Twin Cities. In 2004 the project received the Minnesota State Arts Board’s Artist Initiative grant. Then our story of Michael’s life took a dramatic turn when the Tribune forced him into an early retirement in 2008 as chief film critic and in 2013 he decided to move back to Los Angeles. One of our last sessions of filming with Mike was having him play a “fictional” role, as his film-reviewer alter ego Mick Wolverton, in a short comic film we called Night of the Shrieking Dead, in which he shined as a writer and actor. Mindy Duvernet came on as a producer and story editor in 2019 to help with the project. Dwight Irwin joined our team in 2013 as director of photography for Night of the Shrieking Dead. He is also part of the Synapse Films editorial staff and will be working with Bud Young on post production.

Following the sad loss of our collaborator, inspiration and dear friend earlier this year, we are facing the task of completing our portrait of someone who had a very strong impact on our lives as filmmakers. With over 80 hours of footage recorded over all these years, our goal now is to raise the money to finish editing the film, for release in early 2023. If you are interested in helping with this effort, please DONATE by clicking on the donate button. For anyone who wants to give the film a large donation, a tax deduction is provided through the Film North Fiscal Sponsorship page here. You can also comment on our website to let us know your interest, and to provide your email, which be added to our list for the TAAM Quarterly newsletter update.  On Facebook you can search for Michael Wilmington Film Critic and follow us there.

Link to our Web page: www.taam.synapsevideo.com 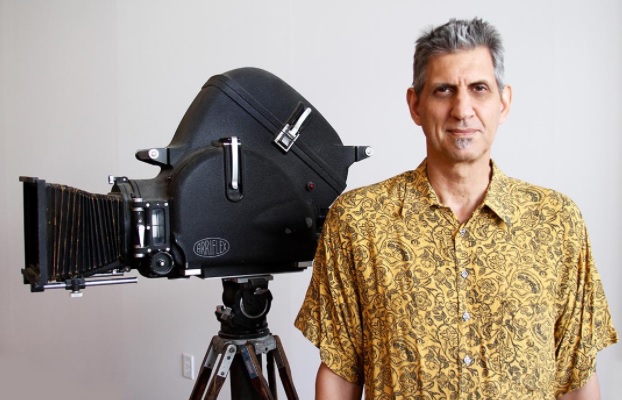 Michael Reano: Director, Producer, Michael Reano is an independent filmmaker and artist. He received his MFA in Film Production and Film Theory/History from Ohio University. His work has been shown at film and video festivals nationally, and has been showcased locally as part of the TPT/MNTV program. He has taught film/video courses at Columbia College in Chicago, as well as colleges in Massachusetts, Nebraska, and New Jersey. Reano was a recipient of a Minnesota State Arts Board Artist Initiative Grant in 2004. He has also taught film classes locally for Film North, St. Scholastica, and Minneapolis Community Technical College. He received a Jerome Travel and Study grant in 2010, during which he spent time with artist James Benning of California Institute of the Arts. Currently he works in freelance video production. Reano is most recently the Director of Night of the Shrieking Dead. 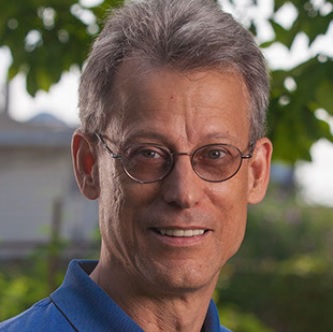 Bud Young: Co-Director, Director of Photography, Editor. Bud is an award-winning video producer, writer, videographer and editor of documentary and corporate projects.  Co-owner of one of the oldest film and video production companies in Chicago: Synapse Film & Video Inc, Bud graduated from Rochester Institute of Technology in 1979 with a BFA in filmmaking. He is recently the Producer, Director of Photography, Editor of Night of the Shrieking Dead. 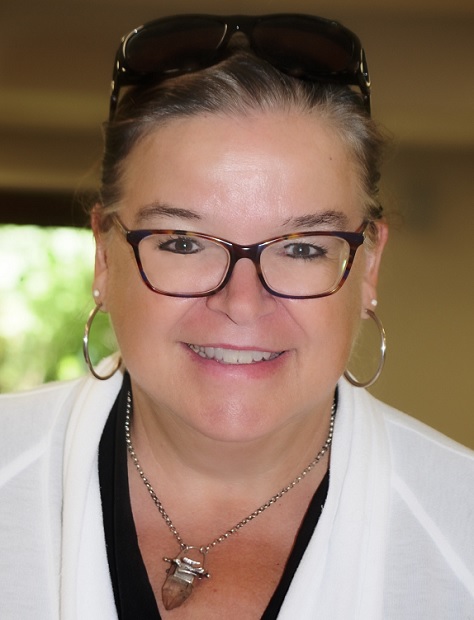 Mindy DuVernet: Mindy is a Writer, Producer. She graduated with a BA from the University of Minnesota, and she has an Associate degree in Film-making from Film in the Cities. She has spent most of her career working for Fortune 500 companies as an Analyst. She was on the board of Screenwriters Workshop from its inception in 1988 to 1992 as VP of Communications. While she makes her home in Minnesota, she often travels to Portland, Oregon. Her work includes two novels: Pushkin’s Ode to Liberty (about the life and loves of Alexander Pushkin, the Russian poet) and Bones of Skull Island (a middlegrade book about a boy who embarks on an archaeological adventure with his amateur archaeologist father and encounters a 700,000-year-old hobbit and Bigfoot).