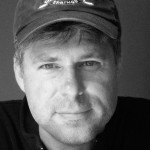 hails from the Deep South but began his storytelling career following Robert Redford around the rivers of Montana, co-producing/co-directing “Shadowcasting: The Making of A River Runs Through It.” The documentary aired on PBS and French cable, garnered a Regional Emmy nomination, and won a Gold Hugo at the Chicago Film Festival. Mr. Froemke made his feature film directorial debut with the psychological thriller PARASITE in 1995. Shot in 13 days in the Arizona desert for $40,000, the film would eventually sell to both Asian and North American video markets.

Moving to Minnesota, he turned his focus from production to screenwriting. In 2014, he provided scripted material for the ABC series “In an Instant,” optioned a psychological thriller to Movierockets Entertainment, and won an unprecedented 5 gold medals (for script of the month) on Talentville.com.

A member of FilmNorth and the Minneapolis/St. Paul Film Society, he enjoys supporting local filmmakers and fellow writers. When he’s not sitting in a theater, you’ll find him in a library archive indulging in his passion for history and finding forgotten stories.

BEADED ROAD by Wenonah Wilms
A haunted tribal elder and her pregnant granddaughter take a road trip back to a closed Indian boarding school to find answers lost in the past.

THE BLACK KING by Billie Jean Van Knight
The true story of Bass Reeves, the first black U.S. deputy marshal and his desperation to be the best despite hostile conditions and a conspiracy to end his life.

BUDDY PRICE by Eric LaValle
The biggest country music star of the 1980’s battles aging, addiction, and headset microphones in the 1990’s.

DOLLHOUSE OF DEATH by Susan Marks
In 1925 mafia-run Chicago, socialite Frances Glessner Lee launches her own criminal investigation into the mysterious murder of an entire family, with the help of her dollhouse crime scene and an unlikely team of investigators.

THE HUNT by Tim Dahlseid
A psychological thriller about an ex-con who finds a camera with horrific pictures of kidnapped girls. He sets out to find the kidnapper and clear his name before a vindictive detective can pin it on him.

THE LOWRIE GANG by Andy Froemke (winner)
The incredible true story of Henry Berry Lowrie, a Native American cross between Jesse James and Robin Hood, who captures national headlines by rallying a mixed race band of outlaws to stand up to the Klan in post-Civil War North Carolina after they gun down his father and brothers.

THE MORPHING OF EDDIE LUBECK by Alvin Easter
A B-movie actress from the 1960s is drifting into senile dementia but one of her devoted fans learns he can make money to support her, and himself, by dressing up and passing himself off as her at fan conventions and on interview shows.

SPLIT ROCK LIGHT by Andy Froemke
When a small town police detective mourning the death of his wife fishes a woman with amnesia out of Lake Superior, he discovers they’re linked to a tragic turn-of-the-century romance replaying itself in the present day