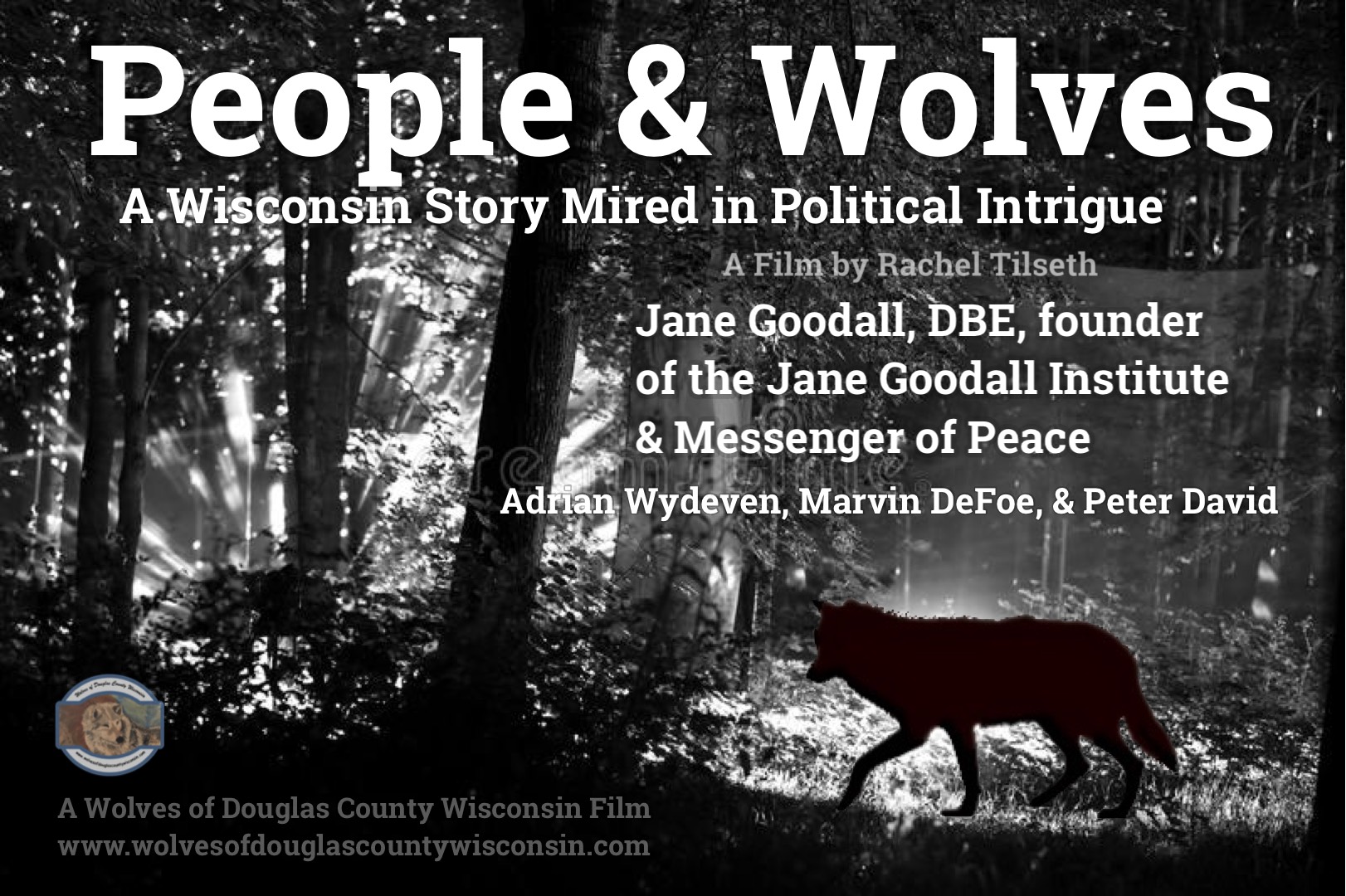 The film tells the story of Wisconsin’s gray wolves, the controversies surrounding them, and how people are learning to coexist as these native predators are again fulfilling their ecological role after returning to the state about 45 years ago.

The film will tell the story of Wisconsin’s gray wolves and the controversy that surrounds them. This documentary will examine the various people involved, between several opposing forces for over a decade culminating with court battles.

Gray wolves recolonized parts of Wisconsin in the 1970s, after being killed off in the state in the 1950s, and grew to a population of over 1000 wolves by 2020. Unfortunately this conservation success story has become very controversial in the last decade. Federal and state endangered species acts have helped recover wolves in the state, but four attempts by the federal government to delisting wolves from the Endangered Species Act (ESA), have resulted in court challenges returning wolves to the endangered list.  After federal delisting in 2012, the Wisconsin legislature mandated that wolf hunts would be required whenever gray wolves were off the ESA list.

The most recent delisting battle started in January 2021, leading to a court-ordered three-day controversial wolf hunt during the breeding season in February, and it went over the allotted quota; angering many Wisconsinites. The Wisconsin Department of Natural Resources (WDNR) began work on a new state Wolf Management Plan that was last completed in 1999. The DNR formed a committee of stakeholders, including the tribes.

Ojibwe bands in Red Cliff and Bad River have their own, Ma’iingan (Wolf) Relationship Plans.  The state must work with the tribes on wolf management, including any wolf hunting seasons. Political battles began over how to manage the next hunt in November 2021. The struggle between the DNR, its Natural Resources Board, and pro-wolf advocates ended with several lawsuits and one that yielded an injunction to stop the November 2021 wolf hunt. The Six Ojibwe tribes also sued and claimed the wolf hunt violated their treaty rights. A year after the controversial wolf hunt, a California judge ordered gray wolves in much of the lower 48 states back on the ESA on February 18, 2022. Though gray wolves have numerically recovered in Wisconsin, the future of wolf management remains in limbo in the state.

Adrian Wydeven grew up in northeast Wisconsin, and has a BS in biology and wildlife management from University of Wisconsin-Stevens Point (1976), and an MS in wildlife ecology from Iowa State University (1979). His master’s research was on the ecology and food habitat of elk in the Wind Cave National Park, SD. He worked as a wildlife manager in Missouri and Wisconsin from 1980-1990. Adrian headed up the state gray wolf recovery and conservation program for Wisconsin from 1990 through 2013, while also working with other rare mammals and wildlife. He retired from the Wisconsin Department of Natural Resources (DNR) in 2015 after nearly 33 years. Adrian continues to be actively involved in wolf surveys and conservation through the Timber Wolf Alliance and Wisconsin Green Fire.

Marvin DeFoe a contributing author of the Ma’iingan Relationship Plan and member of the Red Cliff Band of Lake Superior Chippewa. He is an educator, teacher, birch bark canoe builder, and Red Cliff elder. He grew up in the Red Cliff community and is part of the sturgeon clan. Named Shingway Banase in Anishinaabe, he is passionate about maintenance and revitalization of the Ojibwe language. Marvin is past Vice Chair on the tribal council and has been the Tribal Historic Preservation Officer for four years.

Peter David is a retired wildlife biologist with the Great Lakes Indian Fish and Wildlife Commission, where he assists GLIFWC’s member tribes in the implementation of their off-reservation, treaty-reserved rights. He received his education (bachelors and masters in Wildlife Ecology) from UW-Madison, and from the tribal elders and members for whom he has worked for the last 35 years. At the Commission, he has had the opportunity to steward resources as varied as wild rice and wolves. Since high school, Rachel has been an environmentalist and participated in the first Earth Day in 1971. In the 1990s, she participated in the sulfate mines protests alongside activists John Trudell and Walter Bresette at the Protect The Earth Festival near Hayward, Wisconsin. In 1991 on a howl survey in the Chequamegon-Nicolet National Forest, Rachel met Wisconsin’s Wolf Recovery Program Head Wolf Biologist, Adrian Wydeven. Seven years later became involved in Wisconsin’s Wolf Recovery Program. She became a Wisconsin Department of Natural Resources Volunteer Winter Wolf/Carnivore Tracker in the year 2000 and, as a result, learned about the lives of wild gray wolves. As the producer of the film, Rachel brings her knowledge of Wisconsin’s wolf & the politics surrounding them. Having grown up in a rural community in New York’s Catskill Mountains, Manish has a lifelong commitment to preserving wild spaces and wildlife. As an officer and Judge Advocate in the United States Coast Guard, Manish deployed in support of cleanup efforts following the Deepwater Horizon Oil Spill and led section 7 consultations with federal agency partners under the Endangered Species Act.  He also worked closely with the Environmental Protection Agency and State Historic Preservation Officers to ensure compliance with marine environmental laws and regulations. Manish has served as a teacher and Head of School and believes in experiential and outdoor education. As a school leader, he worked closely with fundraising partners and grant providers to ensure student success and curricular development.

Manish is a feature and investigative writer for the Wolves of Douglas County Wisconsin Films. To each article he brings deep curiosity and commitment to objectivity. As a lifelong learner, Manish seeks data and trend analysis as a part of his reporting, in addition to interviewing experts in the field of wolf biology.  Manish has co hosted, alongside Rachel Tilselth, WORT Radio’s Access Hour to share wolf science and information with the listening audience.