There are no answers
in this park, said the captain
of the guard.
Then give us our questions
say the boys and girls.
– Eugene McCarthy, “Grant Park, Chicago”

There are things I do that no one will be left to understand.
– Charles Péguy, Le Mystère des saints Innocents

Gene McCarthy: Alone in the Land of the Aardvarks is a full-length documentary film about Minnesota Senator Eugene J. McCarthy, an American poet and politician who in 1968 ignited a new force in American politics.

In this, the 50th anniversary of the most tempestuous year in our country’s recent history, the man who stood at the epicenter of that year’s upheaval remains an enigmatic figure. Senator McCarthy’s 1968 Presidential campaign was an audacious challenge to the incumbent president of his own party over the issue of the American war in Vietnam, providing a voice to grassroots movements and inspiring a new generation of citizens – especially college students – to political action and civic engagement. Yet the hope stirred by his campaign’s early electrifying success was soon beset by conflict, despair and violence, as 1968 would suffer the assassinations of Martin Luther King, Jr. and Senator Robert Kennedy, the Chicago Police Riots of the Democratic Convention, and the election of Richard Nixon as President with the escalation of the war for another six years.

But Gene McCarthy was more than a player in that pivotal year of American history, and his story extends far beyond 1968. His intellect and philosophy of social justice were grounded in his small- town roots on the Minnesota prairie, and refined by Benedictine traditions in the rural collegiate atmosphere of Saint John’s University. Over decades of public service – both within the establishment and as an exiled critic – he produced a wealth of political literature, delivering his provocative ideas with signature wit and style, and he accumulated a remarkable body of work as an accomplished poet. Yet even many of today’s politically-active citizens remain unaware of the significance of Gene McCarthy and his embodiment of values that are glaringly absent from contemporary political discourse, more often than not mistaking him for the notorious symbol of the 1950s anticommunist witch hunts, Wisconsin Senator Joe McCarthy.

Today, against an ever-rising tide of public cynicism and frustration with American politics, Gene McCarthy’s legacy of commitment to participatory democracy and Constitutional principles is carried on by a new generation of students fostered by The Eugene J. McCarthy Center for Public Policy and Civic Engagement at Saint John’s University. His lifelong pursuit of a politics of reason and hope was as imperfectly realized as any human endeavor, sometimes due to the very attributes that shaped his idealism. As one supporter remarks, “He may have disappointed us, but he never betrayed us.” With a nuanced perspective and a complex poetic tone, this film is a story told “in the key of Gene” and set against the backdrop of the Midwestern landscapes that produced this remarkable American. 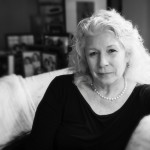 Mary Beth (McCarthy) Yarrow began her professional producing career in 1980 with the documentary, The Willmar 8, the Minnesota-centric story of eight women in Willmar, Minnesota. Bookkeepers and tellers, they formed a union and walked off their jobs at the Citizens National Bank, creating the first bank strike in the history of America.

Followed by:
When Women Kill and What Sex Am I? (America Undercover Series for HBO)
A Matter of Sex (NBC/TV Movie of the Week based on The Willmar 8)
No Place Like Home (CBS/TV Movie of the Week)
Intimate Portraits –including Vanessa Redgrave, Liz Tilberis and Bella Abzug (Lifetime Channel)
Sidney Poitier – “One Bright Light” (American Masters Series for WNET-PBS/TV)
Sean O’Casey – Under a Colored Cap A documentary film about the life, work and legacy of the controversial Irish dramatist (IRT & BBC4)
Gene McCarthy: Alone in the Land of the Aardvarks A documentary film on her uncle, Senator Eugene J. McCarthy, scheduled for completion in 2018 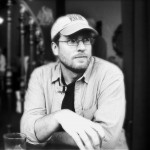 Bill Kersey has edited several feature documentaries, most recently the peacemaking film Beyond the Divide. He edited the festival hit The Starfish Throwers, which has garnered numerous awards and was named the most heartwarming film of 2014 by The Huffington Post, and he edited and scored the Emmy-winning American Heart, which received its national broadcast premiere on PBS’s America Reframed in January 2015. He also edited and scored the award-winning Thicker Than Water, and edited the broadcast version of the PBS Independent Lens documentary Precious Knowledge. His other works as editor include the documentaries Rita of the Sky and Black, White and Yellow. His own award-winning short films have screened internationally at numerous film festivals. He lives in St. Paul, Minnesota and holds a BFA in Media Arts from the University of Arizona. 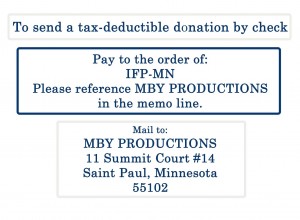 Gifts of stock and other securities are another way you can support this project and receive significant tax benefits at the same time. The value is based on what the stock or other security sold for on the exchange the day of the donation. Please contact mccarthyfilm68@gmail.com for more information.