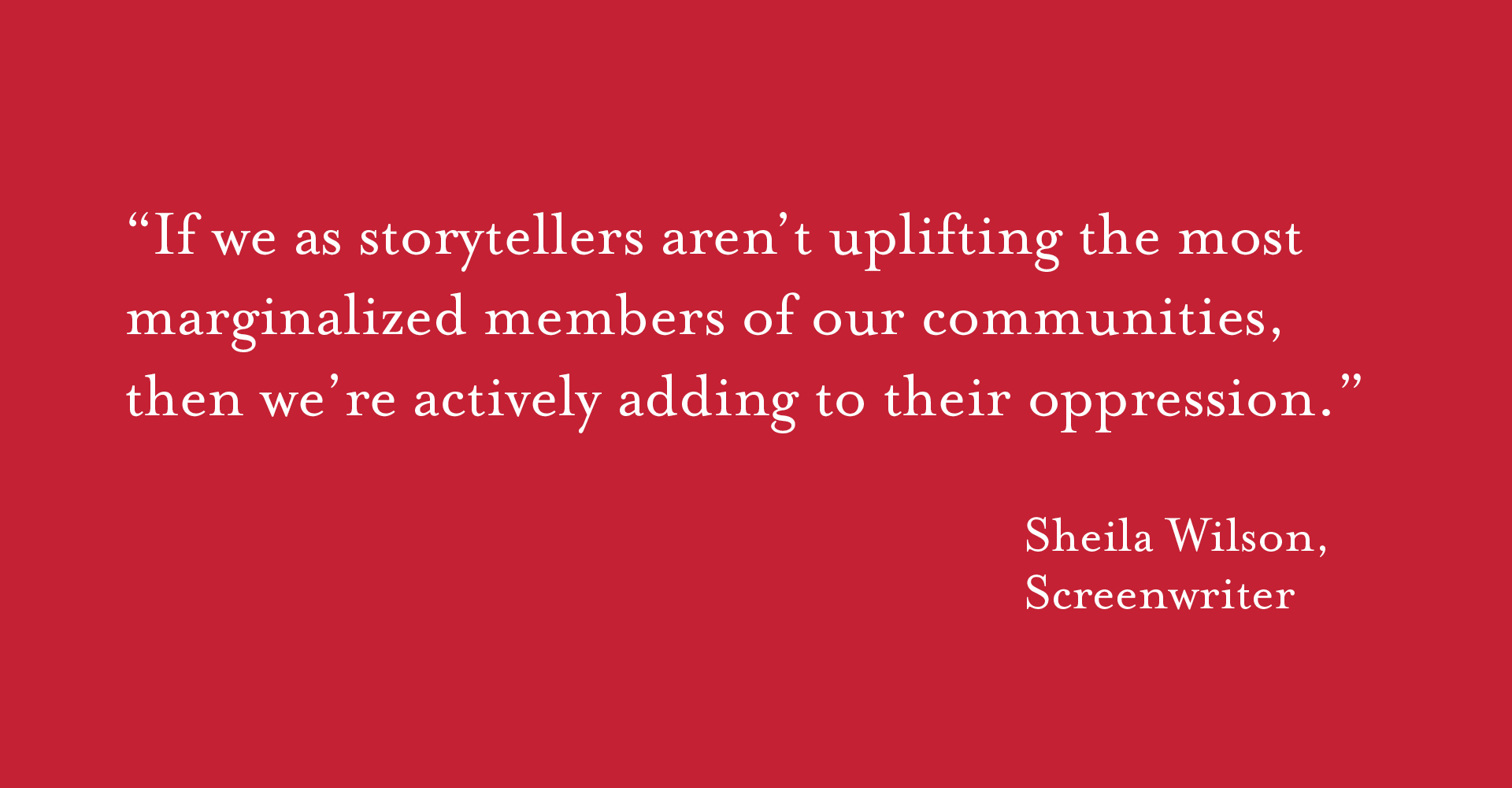 The FilmNorth Inclusive and Socially Conscious Filmmaking Lab is a free six-week pilot online program designed to help filmmakers in any stage of their career practice greater inclusive and socially responsible filmmaking and become leaders of change in our field.

Bringing together leading industry professionals throughout America, including NYC, LA, and the Twin Cities, the lab focuses on the entire filmmaking process, from conception to finding an audience. Confirmed guest speakers include:

Throughout this lab, questions of representation are asked of each filmmaker. What are the stories we see or don’t see on screen? Who is telling them and why? And what impact do they have?

Recognizing there is no “one size fits all” solution in changing our industries and communities, each participant will utilize a personal project to model a more comprehensive approach in their filmmaking.

Whether you’re a director, cinematographer, PA, or anyone else involved in the filmmaking process, we have the individual capacity to change how films and media are made. The FilmNorth Inclusive and Socially Conscious Filmmaking Lab seeks to empower each participant to be a greater force for change.

Complete and submit your application here. The application deadline is October 12. Applicants will be notified of their acceptance status within one week following the deadline.

Born and raised on O’ahu, Hawaii, Krystal Javier is a Filipino/Japanese-American screenwriter. She has written episodic television for Disney/ABC and Netflix. For her work, Javier has been awarded Grace Abernathy Screenwriting Award, Women In Film Scholarship, and a Writer’s Room Ready award from the American Film Institute. In her spare time, Krystal travels to find the perfect bowl of rice with delightful company.

Jake Yuzna is a Minneapolis-based writer and director whose work focuses on presenting expanding and identities on screen. Their films have premiered at the Cannes Film Festival, Berlin Film Festival, British Film Institute, New Museum of Contemporary Art, Walker Art Center, as well as been broadcast nationally on PBS and throughout Europe. Yuzna was the first American feature director to win the Teddy Jury Prize, the oldest queer filmmaking award, at the Berlin Film Festival. Their films have garnered additional awards at NewFest: the NYC LGBT Film Festival, OutFest: the Los Angeles Queer Film Festival, the Tel Aviv LGBT Film Festival, Cinema Touching Disability, and IFP. Yuzna has received grants and awards from the National Endowment for the Arts, Frameline Foundation, Philanthrofund Foundation, Creative Capital Foundation, McKnight Foundation, FilmNorth, and the Minnesota State Arts Board, among others. In 2017, they were awarded a Richard P. Rogers Spirit of Excellence Award from the American Film Institute.